Call it the quarantine crazies, but there is a new wave of interior design trends starting to hit us in 2021. Instead of the all-white interiors, we are needing something more creative, inspiring, and maybe even colorful. That’s where interior designers come in. Thanks to interior designers, we can finally put the dreams, thoughts, and emotions we want into a design style. They create beautiful works of art with every room, perfectly fitting the aesthetic we were going for, or at the very least inspiring us in the right direction. Since its start, interior design has worked up quite the reputation to the point where it is considered to be more of an art form, with only the most passionate and inspired designers leading the way.

But what makes an interior designer so successful is not the amount of training, hard work, and historical influences, but rather the boldness to go against the grain and create something outside the ordinary. While there are many interior designers that create incredible home interiors for the mainstream, like Joanna Gaines, there are others who stand out from the rest for their resistance against the ordinary, like John Barman. It’s these designers who climb to the top and create quite the established career for themselves. So you may be wondering, who is the highest paid interior designer? While there are many designers at the top of their field, and top of their niche market, Victoria Hagan seems to outdo every other design firm for her flexibility, innovation, and calming, cool interior homes. In fact, Hagan’s net worth blows other designers out of the water.

Victoria Hagan’s passion for interior design started when she was only eleven years old. At the time, her family had bought a new house which they decided to remodel. Before the new family home had even been completed, young, imaginative Victoria Hagan had already decided which furniture would go where in the house, carefully picking patterns and textures for each room. Her parents, however, did not heed her advice and instead went with their own style of furniture for the new home. Well, eleven year old Hagan was very opinionated and had no problem telling her parents how much she hated their new furniture, to which her family made fun of her. Looking back on it now, Hagan said the whole situation makes her laugh, and truly was the start to a passionate career in creating.

Now, Hagan calls Connecticut home base while her design firm is based in New York City. Her design firm, Victoria Hagan Inc., which she started 25 years ago now, is made up of a team of 26 inspired individuals all specializing in a specific area of interior design to help make Hagan’s visions come to life. Together, they travel the world pulling influences from different countries, cultures, and histories to design inspiring and innovative architecture and interiors. She has written multiple books now on her interior design and continues to inspire fellow artists around the world with her incredible interiors.

Referring to her work as ‘restrained elegance’ Hagan invites us into New American Classic designs with a forward sense of luxury and modernism. Architectural Digest described her rooms as the aesthetic equivalent to Katharine Hepburn – an excellent way to describe her classic interior style. She has completed projects both on a residential and commercial scale, working on anything from chic country homes to luxurious city abodes. Hagan and her firm have done countless homes in Los Angeles, Chicago, San Francisco, Greenwich, the Hamptons, and Martha’s Vineyard, but have also recently completed much larger projects including a Central Park penthouse on the top floor of the Plaza Hotel, a complete renovation of the Number One Observatory Circle, and a multi-building oceanfront family compound in sunny Florida, as well as many other large projects throughout the years.

Her work is very soft and luxurious, with grand details and colors. She said the best way to design is to always lead with your heart. The moment designers start to follow a trend is the moment all creativity is lost, and it is no longer their own work of art. Allowing yourself to start with functionality then build outwards towards beauty is the only way your creativity and imagination will come to life in your work according to Hagan, and we see that again and again in her work. With clean lines, unique angels, and playful interiors, Hagan creates timeless luxurious homes and buildings for her clientele that are completely inspired by the famous saying ‘less is more’.

Throughout her wildly successful career, Victoria Hagan has built up quite the collection of awards. Recognized over and over again by Architectural Digest, AD has listed her as the top 100 architects in the world. In addition to this, Hagan has racked up some of the country’s top design honors including being inducted in the Interior Design Hall of Fame, receiving the Innovator Award by CTC&G (Connecticut Cottages & Gardens), and the Visionary Woman Award for making a significant contribution to art and design.

She also has written two books on her interior design including her first book Victoria Hagan: Interior Portraits published by Rizzoli in 2010, and her second book, Dream Spaces, which was released in 2017. Both of these books include beautiful photographs of some of her best, most inspiring work, as well as words from Victoria on creating, imagining, and how to step outside of the norm to follow your heart. Both books involve emotion-invoking interior designs as well as inspiration from the artist behind it all. 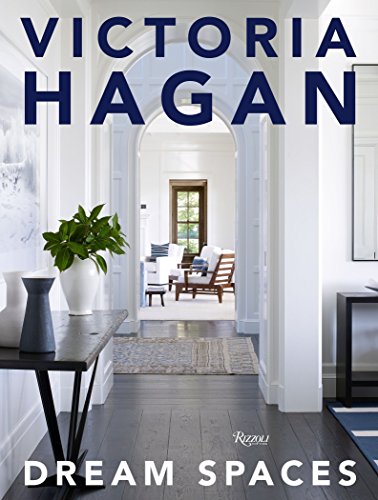 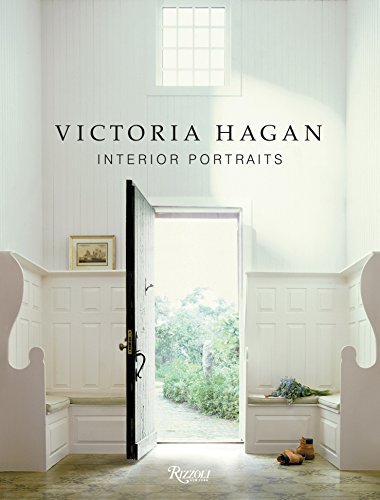 Victoria Hagan has created quite a beautiful life in design for herself. She is one of the most sought after, highest paid interior designers in the world today, and has the pleasure of bringing the New American Classic aesthetic into people’s homes. As interior design continues to shape and mold to our current world, Hagan predicts that the future of interior design will be progressive and forward-thinking. And as she has for the last 25 years, Hagan will continue to shape the trends and stay true to her own creative spirit in the process.