With its classical influences, punk aesthetic, and a healthy dose of Tokyo underground, no one deconstructs better than designer, Jun Takahashi. UNDERCOVER is truly a brand of its own, with its beautiful mix of chaos, ambiguity, peace, and even humor. In today’s uncertain times, it is brands like UNDERCOVER that we need now more than ever.

For a few decades now, designer Jun Takahashi has been directly influencing streetwear and disrupting the high fashion scene through innovative creativity and distinct flavor. He has quickly pulled his brand to the top of the list as one of Japan’s best fashion brands. In fact, he has played such an important role in reshaping streetwear that it is actually some of his earliest pieces that are now the most sought after by fashion enthusiasts and collectors everywhere. But where exactly does a creative genius like Takahashi get his start?

Jun Takahashi founded UNDERCOVER while he was still a student at Tokyo’s Bunka Fashion College. While Takahashi was getting UNDERCOVER up and running, he developed an association with Nigo of A Bathing Ape – one of Japan’s most sought after streetwear brands. Together, the pair developed the brand Nowhere and officially launched a boutique store in 1993. This became the first ever showcase of Takahashi fashion work and the groundwork for a second wave in Japanese fashion that would ripple out into the world.

While the word “punk” is used quite often to describe the workf of Takahashi, it hardly encompasses the aesthetic of the UNDERCOVER brand. With a mix of professional and streetwear, Takahashi works to create new contemporary fashion standards. We can see this right off the bat with Takahashi first UNDERCOVER runway collection in 1994 which reimagined familiar clothing items as distinct fashion staples. 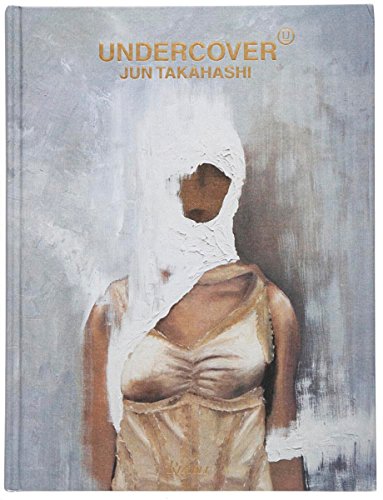 Takahashi even wrote a book about his fashion endeavors. From the start of the brand to where it is now, his book outlines the heavy deconstruction that took place in order for him to create his masterpiece work.

As the years went on, UNDERCOVER became increasingly more sophisticated, trading the grunge Harajuku artifice for imaginative concepts centered around femininity. Still sticking to the UNDERCOVER roots, the Japanese fashion brand soon encompassed classic tailoring that had been turned upside down, taken apart, and reconstructed to a stunning, modern aesthetic. If this sounds familiar, it’s because Rei Kawakubo, founder and designer of Comme des Garcons, was an early supporter of Takahashi’s work. In fact, Kawakubo became Jun’s mentor and later convinced him to come to Paris. The Paris store, Colette, enjoyed his designs so much, they asked him to present his 1998 collection “exchange” in their store.

From there, UNDERCOVER was launched into success. They made their debut at Paris Fashion Week in October of 2002 and the rest is history. Now, the brand regularly collabs with fashion power houses such as Nike, Valentino, and even Converse. UNDERCOVER is hardly a well kept secret anymore and rather an international success with fans all around the world.