Hell’s Kitchen is one of the most famous reality TV shows that is hosted by Chef Gordon Ramsay. If you are a food enthusiast and loves cooking, this TV series is perfectly relatable as it features the kitchen teams’ ups and downs, the tension throughout the competition, and of course, Gordon Ramsay’s thrilling, mind-blowing challenges that brought the contestants to another level of culinary experience.

Gordon Ramsay introduced rigid training among the two teams of contestants as they top each other’s culinary standards and prove their talent through dreaded cooking challenges. The Hell’s Kitchen is not just a TV competition series, but it is also a real restaurant that is open for dining. So, to know about the details of the show, the signature dishes, and the costs of dining in Gordon Ramsay’s Hell’s Kitchen, learn more here.

What is Hell’s Kitchen?

Gordon Ramsay’s Hell’s Kitchen was nominated for Primetime Emmy Awards. This is actually an American cooking competition series that is hosted by the one and only Gordon Ramsay. The reality television show has been broadcasted on the Fox channel since 2005. Every season, there are two chef teams that compete for a head chef job position at the restaurant. While working and cooking in Gordon’s Kitchen, the two chef teams will be featured on international television.

Thirteen contestants are paid to join the competition. They are compensated for temporarily leaving their work to be on the series. There are progressive elimination rounds that aim to trim the number of contestants to determine that one single winner could grab the head chef position. From 20 participants down to only 12 and finally, into one winner throughout every season, Gordon Ramsay arranged the challenges to allow contestants to showcase their culinary skills and prove their worthiness for the final round’s slot.

The first eighteen seasons were produced inside a modified Los Angeles warehouse where the restaurant was set up. A dormitory and kitchen facilities were available for the contestants who joined the show. In February 2019, the Fox channel renewed the Gordon Ramsay’s Hell’s Kitchen series for a 19th and 20th season. At this time, the season will already be filmed at Las Vegas, Nevada’s Hell’s Kitchen. The nineteenth season has just premiered last January 7, 2021. 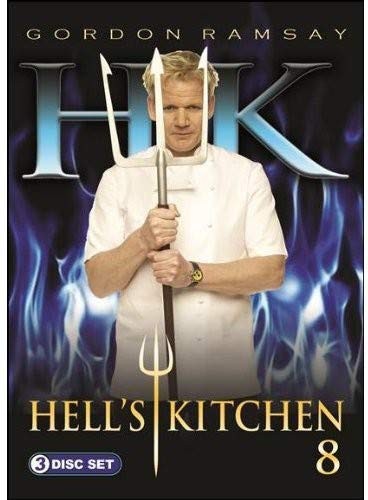 The two competing teams are tasked with several cooking challenges that are intended to eliminate one of the contestants. These challenges are designed by Gordon Ramsay. Challenge types vary according to ingredient preparation, taste tests, and meal preparation. Usually, Gordon Ramsay starts each season with a cook-off. This cook-off allows contestants to cook their signature dish, and this is their opportunity to prove to Gordon Ramsay how talented they are in cooking.

Typically, each season includes several challenges that allow the competing teams to design several dishes for a dinner banquet (which will be applied at the next dinner menu of Hell’s Kitchen for their diners to eat) or design several dishes for their menu. Other thrilling challenges include tasting the assigned dish and then making it (contestants should make a replica of the dish presented by Gordon Ramsay). In this challenge, chefs identify what ingredients are included in the dish they tasted.

Another challenge is the blind taste test wherein contestants while being blindfolded and while wearing headphones, identify the dish’s ingredients. There are also some challenges wherein Gordon Ramsay rewards the winning team by treating them to full dinner service, spa, or a luxurious restaurant. This was when the winning team celebrated their victory while the losing team is assigned to clean up the restaurant or wash the dishes. Sometimes, the losing team is also asked to prepare ingredients for tomorrow’s dinner and eat unsavory dishes such as a smoothie composed of blended food waste.

To prepare the restaurant’s dinner services, chefs usually work at their stations. They prepare appetizers, fish, meat, and garnish. They coordinate with their team members (the contestants) and to Gordon Ramsay’s extremely high standards to achieve satisfactory presentation and quality. Dinner services are for 100 guests (show volunteers) who are expecting to eat an appetizer, entrée, and dessert.

The chefs have recipe books and menus given by Gordon Ramsay to memorize and study. These books and menus include Ramsay’s most difficult, famous, and expensive dishes such as the Lobster Wellington that costs $70, Roasted Beef Wellington costing $57- $101, Roasted Chicken Breast costing $32, Fish and Chips costing $44, and Beef Short Rib costing $42. Chefs spend plenty of hours before starting each dinner preparation session.

What to Expect When Dining in a Hell’s Kitchen Restaurant

If you want to dine in Las Vegas, Nevada’s Hell’s Kitchen, you should expect that the menus are customized for special dinner service. Menus may include ethnic-themed dishes that are developed by earlier challenges. Some service seasons feature menus that are designed by the competing teams (which are indeed reviewed and tasted by Gordon Ramsay for utmost presentation and quality beforehand). Also, if you are dining in Gordon Ramsay’s Hell’s Kitchen, there will be instances that chefs of each team are the ones who will be taking your orders and serving the dish that you ordered.

Hell’s Kitchen’s Top dishes include a beautiful chilled seafood tower mixed with king crab, mussels, lobster, oysters, and gulf shrimp that costs $99, a vinaigrette tuna tartar for $21, sumptuous shallots and bacon with Pan-Seared Scallops for $24, hot wings that features the Hell Fire Sauce for $17, and Wagyu Meatballs for $22.

Aside from that, the menu also includes lunch options such as Caesar Salad with garlic croutons and Parmesan cheese for $16, Spring Onion Soup for $14, Heirloom Tomato Burrata with chicken and balsamic for $25, Hell’s Kitchen Burger: avocado, pepper jam, and bacon, Ghost pepper jack fires, and cheese for $23, and Short Rib Cheesecake: caramelized onion, provolone, and jalapenos for $19.

Gordon Ramsay, being an exceptionally top-rated chef, is entitled to determine these contestants’ fortune to maintain the restaurant’s food and service quality. Gordon Ramsay’s top-notch skill when it comes to team handling, projecting determination, and problem-solving is what made the reality-TV show trending and successful.

Although a lot of the contestants are heartbroken because of the competition’s seemingly unachievable challenges and progressive elimination rounds, Hell’s Kitchen is one of the most famous restaurants in Las Vegas, Nevada these days, and the pressure lies on the one who has the verdict. Well, Gordon’s rigid standards imposed throughout the competition have always justified Hell’s Kitchen’s incomparable food presentation and quality.