These days there’s no shortage of world-class chefs around the globe, it’s only natural as a plethora of chefs have transformed their humble cooking careers into million-dollar empires and worldwide fame. One of the best examples of the new breed of top-notch chefs, businesswomen, and authors is the woman known all around the world as Rachael Ray.

Mrs. Ray is one of the most sought out chefs on the planet Earth, she’s an expert at what she does, and the best part is that there’s nothing she touches that doesn’t seem to turn to gold. Here we will be examining the master chef’s legacy, some of the things that make her tick, her rise to stardom, her most popular restaurant, and a host of other things peculiar to this gem of a chef. So without further ado, let’s get to analyzing this chef per excellence.

Who is Rachael Ray?

Rachael Ray was born in New York, the United States of America on August 25, 1968. She was born to a Sicilian mom is Sicilian, and a dad with French, Scottish, and Welsh roots. She seemingly got her flair for cooking from her mother who was a restaurant manager in New York City. Rachael bounced around different industries before she finally found herself a niche in the late 1990s.

It was “The Adirondacks” that she came up with the startling idea of 30 Minute Meals which allowed her to teach people how to make proper meals in less than 30 minutes. Of course, this sold in the busy habitat of New York, and Rachael Ray became a celebrity almost overnight. In fact, her cookbook is still available for purchase today with some of the most delicious and quickest meals out there. 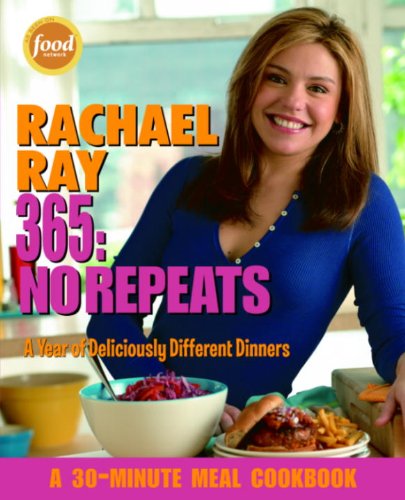 More success followed, and by the end of 2001 she appeared in weekly segments of a newscast, she published her first book, and she earned her first food network contract.

Rachael Ray has rarely strayed from her successful cooking regime which entails her showing people how to prepare simple recipes that can be readied in under 30 minutes. She says her cooking style was heavily influenced by her Sicilian maternal grandfather, as she uses a rich blend of natural ingredients to boost flavors. Rachael Ray has been credited all over the world as being one of the first chefs to branch out and become a household name in other industries.

She has achieved moderate to huge fame in television, magazines, and product endorsements. One of her biggest achievements outside the cooking industry was when in the year 2006, she launched a nonprofit organization that has a vision to “empower kids and their families to develop healthy relationships with food and cooking”.

For many years’ people wondered if and why Rachael Ray didn’t own a restaurant of her own. It was quite perplexing as she could afford to have one, plus that seemed like the next step to take in her already distinguished career. However, on October 17, 2019, she opened a restaurant of some sort, even though it’s not your average culinary experience. Rachael Ray’s new restaurant is a virtual restaurant that serves delicacies from her cookbook, Rachael Ray 50, and it was available strictly by order via Uber Eats in 13 cities through December of 2019.

For the period of availability, her esteemed customers in fifteen cities within the United States of America and Canada could order from a complete menu available on the Uber Eats app which displayed a Rachael Ray banner.

Household names in cooking typically have a set of utensils that they favor over the rest. Most times these utensils are branded to serve as an extra means of income to the chef, other times it might just be than showing love to a friend that is producing the utensils, in the case of Rachael Ray it’s the former. Here we’ll be checking out Rachael Ray’s favorite cooking knives. 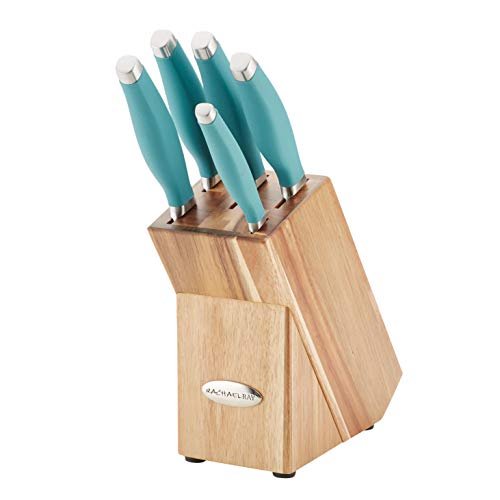 Her favorite knife set is the Rachael Ray Cutlery Japanese Stainless Steel Knives Set with Sheaths, which has some of the more desirable qualities in the industry. This set is made from premium-quality Japanese steel that ensures long-lasting performance. Then there’s the smooth handle which makes for a comfortable grasp, with colorful rubberized grips to provide a solid, confident handhold. Last but not least is the long-lasting nature of the product, which has been backed up by amazing reviews over the years since it was first produced.

Rachael Ray has been on our television screens for the better part of two decades, she has amassed a net worth of over 100 million dollars from her various ventures, and she has been happily married to her doting husband John M. Cusimano since the year 2005, and they’re still expecting their first kid(s). Rachael Ray has had a long-running show “The Rachael Ray Show” which took a break in 2020 due to the coronavirus pandemic but looks like it might be returning to the screens any moment from now.

Rachael Ray is perseverance personified, she has been through a lot, such as the devastating house fire which gutted her upstate New York home on August 9, 2020. She is one of the most visible faces on national TV, she has a stake in some of the biggest industries you can think of, she has a niche that you can’t talk about without giving her credit, and she’s always looking for new opportunities to branch out and create magic.

She’s still thriving, breaching the gap between the high rise and the affordable, and that’s why she has earned the title of being one of the top chefs in the world.