It’d be impossible to create a list of the world’s top celebrity chefs without mentioning one name ─ Nobu Matsuhisa. And why would you ever want to? With 40 restaurants distributed in five continents and a rising hotel empire, Nobu Matsuhisa is exactly the kind of chef you would expect to find on such a list.

The Early Life of Nobu Matsuhisa

While chef Matsuhisa could possibly be one of the most famous celebrity chefs in our world today, he had as humble a beginning as most of us.

Born in Saitama, Japan on the 10th of March, 1949, he spent his early years with his family in Japan. At the tender age of eight, however, tragedy struck, and Nobu lost his father in a car crash.

Following his father’s death, Nobu started traveling the world with his mother. During these travels, he got exposed to various cultures and environments, and of course, various foods. Despite all the exotic meals he had on his travels, however, to Nobu, nothing beat the taste of Japanese meals. This belief was what lead to Nobu’s interest in learning to prepare Japanese meals.

Nobu’s many travels during his younger years also exposed him to poverty and hunger. He saw it on the streets of Argentina; in Anchorage, Alaska; in Lima, Peru; and essentially everywhere else he traveled to. This experience instilled in him the urge to give back to these communities ─ and the world in general ─ something he strove to achieve through his business ventures.

Nobu’s career as one of the world’s biggest and most celebrated celebrity chefs didn’t start as grand as it is today. In fact, it started from the bottom of the food chain ─ as a simple dishwasher.

He started working as a dishwasher right after he graduated from high school at the age of 15 in the Japanese restaurant Master Sushi. This is also where he trained as a Sushi master. A bit over seven years after, he was invited by an impressed customer to set up a restaurant in Peru. This invitation was what set Nobu down the road to stardom.

Shortly after the invitation, at the age of 24, Nobu moved to Lima, Peru, where he opened his first restaurant in partnership with his sponsor. The restaurant was named Matsue and served Japanese dishes. Only a few days into running the restaurant, however, Chef Nobu Matsuhisa came to a realization ─ getting ingredients for Japanese dishes in Peru would not be an easy task. To fix this problem, Nobu decided to improvise ─ incorporate Peruvian ingredients into his Japanese dishes. Thus was his unique style of cuisines born.

Unfortunately, three years after the restaurant was opened, it had to close down, and Nobu was left without a job. Following this period of unemployment, Nobu traveled to Argentina where he tried to open a new restaurant. After a short while with no success, he moved once again to Anchorage, Alaska, where he finally opened a new restaurant. At about two weeks after the grand opening, however, there was an electrical fire and the restaurant got burnt down.

While this might have discouraged most other people, Nobu remained optimistic and kept his eye on the goal. In 1977, he moved to Los Angeles where he worked at Japanese restaurants “Mitsuwa” and “Oshou”.

About ten years after he started working with these restaurants, he decided it was time he tried opening a restaurant of his own once again. This time, the restaurant was called “Matsuhisa” and was located on La Cienega Boulevard. This restaurant was also where he came to know Robert De Nour who encouraged him to open a restaurant in New York. This was where the groundwork for what would become one of the world’s most notable restaurant chains was made.

In 1994, the foundation for the new restaurant chain was already laid, and in partnership with Robert De Niro, Drew Nieporent, and Meir Teper, chef Nobu opened the first “Nobu” restaurant Tribeca, New York.

After the birth of the new restaurant chain, it didn’t take long for chef Nobu and his restaurants to gain popularity. In fact, it took chef Nobu only a year after the grand opening of his first Nobu restaurant to receive a James Beard Foundation Award. In the years that followed, Nobu was already being spoken about as one of the top chefs in the world.

As with any celebrity chef, the first question people always ask is, “what knife are they using?”. It’s no doubt that a professional chef such as Nobu Matsuhisa only uses professional quality knives. We found that Matsuhisa settles for nothing less than excellence by choosing the knife set designed and used by Chef Masaharu Morimoto (1). 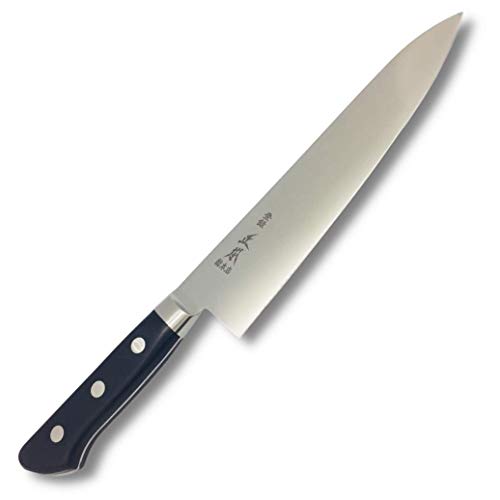 These knives are known for their sharp edges, extreme accuracy, and of course, their big reputation. Chef Masaharu Morimoto is one of the most popular chef’s in the world with over 10 restaurants world wide, Michelin star awards, and even Iron Chef TV appearances. Not only are his knives crafted with the finest steel, but they are some of the most preferred knife sets amongst professional chef’s in the world.

Being a world-class chef with several decades of experience, there is no doubt that chef Nobu has so much experience to share with the world. And share he did. In his years as a celebrity chef, Nobu has published about seven cookbooks, all of which contained everything from chef Nobu’s personal recipes to interesting information about his preferences.

His most popular cookbook today would have to be Nobu Now, a cookbook dedicated to his finest seafood recipes including King Crab White Soufflé and Octopus Carpaccio. He also incorporates creative Western haute cuisine in dishes like Baby Turban Shells with Escargot Butter Sauce. 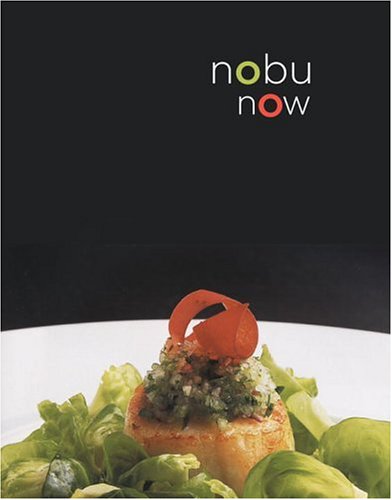 If you are looking to spice up your dinner routine with some of the finest seafood dishes created by food art master, Chef Matsuhisa, then this cookbook is the ultimate collection you’ve been needing. He also has incorporated mouth watering dessert recipes that are easy to prepare and enjoy in your own kitchen.

What is Chef Nobu Matsuhisa’s Net Worth?

While chef Nobu might have started from humble beginnings, today, he is one of the richest chefs of our time. Thanks to his award winning cookbooks, over 40 successful restaurants, and a hotel empire on the rise, Chef Nobu’s net worth is estimated at $500 million dollars.

Chef Nobu’s story is one of perseverance, genius, impeccable decision making, and the power of human relationships and dreams. Though he started as a mere dishwasher, his skill and level of hard work got him noticed by a customer who helped him set up his first restaurant. After that (and his next attempt) failed, he didn’t give up when many would have.

He was also not afraid of going back to learn, neither was he scared of trying new things. Despite all the hardship that came his way, these characteristics helped him overcome in the end. There is a lesson there every one of us can learn from.