British chefs don’t come bigger than Jamie Oliver, a man that has seen it, done it, graced the podium, and reinvented himself so many times over. It seems like a lifetime since we saw him on TV for the first time, and judging by some of his more recent moves, it’s pretty clear that he is going nowhere soon.

He is the brain behind some of the most memorable television cooking shows in the United Kingdom and all over the world, shows such as The Naked Chef, Pukka Tukka, Jamie’s Return to School Dinners, Jamie & Jimmy’s Food Fight Club, and so much more.

He has been honored by royalty and critics all over for his work and charitable contributions to society. He has etched his name in culinary folklore in both his home country as well as other climes.

Here we’ll be looking at the things that have made Jamie Oliver such a top draw in the world of celebrity chefs, we’ll be checking out his rise to fame and lots more, stay strapped and keep reading.

The Early Life of Jamie Oliver

Jamie Oliver hails from a pretty humble background, he was born and raised in the village of Clavering in Essex, England. Jamie’s parents ran a restaurant by the name “The Cricketers”, which was where young Jamie Oliver developed his flair for what would become a lucrative career in cooking.

Oliver’s parents saw his passion for cooking from a young age, but they chose to expose him to the rudiments and complexities of organized schooling. However, Oliver left school at the age of sixteen with two GCSE qualifications in Art and Geology, he then went on to attend Westminster Technical College (now Westminster Kingsway College), eventually getting a qualification in home economics.

Jamie Oliver always had a flair for cooking and that was pretty apparent from his earlier days as no matter what he did, it led to him reverting to the default setting of cooking to put a smile on the faces of the customers in his parent’s restaurant.

After graduating Jamie Oliver snagged a job as a pastry chef in one of Antonio Carluccio’s Neal Street restaurant, it was there that he developed a close lifetime friendship and mentorship with Gennaro Contaldo. At Antonio Carluccio’s Neal Street restaurant Oliver improved his cooking skills and mastered the Italian cuisine, thus opening doors and expanding the realm of possibilities in what he would eventually develop into a multi-million-dollar industry.

Jamie Oliver had his first breakthrough in 1999 when his show The Naked Chef debuted on BBC, and the accompanying cookbook of the same name became a bestseller in his home country. This was merely the beginning, as it led to dozens of similar cooking shows, scores of other best-selling cookbooks, and the privilege of wining and dining with royalty.

Jamie Oliver grew up around food, as his parents were owners of a pub and restaurant. So it was no surprise when he invested some of the proceeds from his book sales and other engagements into a chain of restaurants by the name “Jamie Oliver Restaurant Group”.

He has achieved worldwide fame with his restaurants as he has successfully expanded the business into a versatile set of nations and almost every habitable continent on the planet Earth. The Jamie Oliver Restaurant Group at its peak had choice spots in the United Kingdom, UAE, Australia, Cyprus, Iceland, Ireland, Russia, Turkey, Singapore, Canada, and Hong Kong.

This also helped show off Oliver’s awesome business acumen as he created thousands of jobs for the young and old, developed a couple of top-notch chefs in their own right, and gave the world the chance to taste the magnificent Jamie Oliver cuisine.

It’s a shame though that his signature Steak Sarnie delicacy and awesome restaurant experience couldn’t get him even one Michelin star. Jamie Oliver’s most popular restaurant has to be his “Jamie’s Italian” which had over 40 branches in the United Kingdom alone, before expanding into the rest of Europe, select parts of North America and Asia

Jamie Oliver has written a lot of cookbooks, each of them becoming bestsellers and earning him remarkable critical acclaim each step of the way. He has also crafted and lent his name and expertise to an array of cooking tools, one of his most famous releases has to be his Santoku knife set which showcases his love for the unique blade, how exactly he uses it, and why it should be a staple in any serious chef’s collection.

The blade is finely scalloped to prevent food from sticking, to make fine slicing super easy, and to promote an all-around top-notch cooking experience. The handle is super comfortable, the blade is super sharp, and there’s a certain versatility it assures which only a few other blades possess. 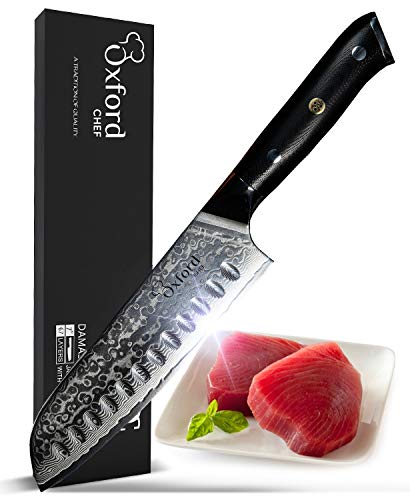 The best part is that this blade comes with a twenty-five-year guarantee, a blade guard for safe storage, and it was finely designed by one of the world’s best-loved chefs in Jamie Oliver.

With a net worth of $335 million, a host of bestseller books and products, a chain of top-notch food spots, and a worldwide following all at the age of 45. It’s safe to say that Jamie Oliver has lived the dream of every little kid that grew in love with cooking and putting a smile on people’s faces in the process.

That little lad from Clavering, Essex didn’t do badly one bit in his rise to stardom. Buoyed by his boyish good looks, his natural charisma, his unflappable confidence, and his willingness to take risks.

Sir Jamie Trevor Oliver has set, broken, and “rebroken” a plethora of records in his decades-long cooking career. It would be fun guessing what his next move would be, maybe he’ll get that elusive Michelin star, maybe he’ll expand his chain of restaurants to Africa, maybe he’ll become a billionaire. One thing is for sure, this trendsetting celebrity chef is showing no signs of slowing down!