The culinary industry is one of the most versatile and commercial industries that you can find anywhere. It has some of the most amazing chefs, entrepreneurs, personalities, and geniuses on the planet. There’s nothing more awesome than earning tons of money, fame, and adulation for doing the thing you love the most, and that’s why here we will be shining the light of one of the most accomplished chefs of the twenty-first century.

Giada De Laurentiis is a name that even the most casual watchers of primetime television are well acquainted with, I mean who wouldn’t, she has been on the scene for longer than we can remember. Her works have been featured on some of the grandest of platforms, and she is a go-getter that understands the need for constant reinvention in this ultra-competitive industry. So today we’ll be checking out some of the things that make Giada De Laurentiis such a top chef, we will be showing you some of her greatest achievements, and maybe that’ll give some of our audience the impetus to be the next Giada. So without much fuss, let’s get right into it.

Giada De Laurentiis was born in the year 1970 in Rome, Italy. She was born into an entertainment loving family as her father was a renowned actor and producer while her grandfather was a great film mogul who owned a remarkable restaurant in upper scale Italy. That was one of Giada’s first encounters with the concept of commercial cooking, and it would go on to shape her for what would become a career in scheming culinary delicacies. She moved to the United States of America, and schooled in Marymount High School for her earlier years, and ended up bagging a degree in social anthropology from the University of California, Los Angeles.

After her university education, she moved to France where she enrolled in the prestigious “Le Cordon Bleu” to learn the ropes of the culinary industry. She graduated and gathered tons of experience in a different clime from what she had become used to growing up in Italy as well as the United States. It was in her return to the States that she landed her first paying gig in the profession of her choice as a chef in some of the biggest restaurants in the city of LA.

Following her sojourn as a professional chef, she then proceeded to bag a job as a food stylist for the Food Network in the early 2000s. Due to her stellar work on the Food Network, she got her show which went by the name “Everyday Italian”, here she overcame initial camera jitters to earn gigs in other top cooking shows like “Behind the Bash”, “Giada’s Weekend Getaways” and most famously “Giada at Home” which bagged her a slew of awards.

Giada De Laurentiis has seen it all in the culinary industry, and she has also branched out to film, voicing some characters in major franchises, as well as contesting in a couple of celebrity game shows with varying degrees of success. She is also an author, restaurant owner, and television personality.

Her Most Popular Restaurant

Giada De Laurentiis chose from a very young age not to pursue a career in film, which ironically was the De Laurentiis family business. Instead, she decided to go out of the box and follow a career path that involved cooking, winning, and most certainly dining. It is an unspoken rite of passage in the culinary industry for top chefs to open their restaurants especially after they have achieved a certain level of fame.

Giada De Laurentiis has opened two of hers, and they have been doing pretty well in the United States of America. Between the two restaurants she opened, the better no doubt has to be the one aptly yet simply referred to as “GIADA”. This restaurant was the cynosure of all eyes when it first opened in Las Vegas.

GIADA is much more than a regular restaurant, it is a chill spot, a dining room, and a place where you can feel the De Laurentiis touch with every bite. This restaurant has a very versatile menu, which is a result of the owner’s multiethnic Identity as well as her various travels. There’s something for toddlers, teenagers, adults, the elderly, and special orders are readily available for very special clients. This restaurant was immensely successful from its opening in 2014, till it was folded up in 2018, as Giada sited the desire to pursue other interests.

Her Favorite Knives and A Cookbook She Wrote

Giada De Laurentiis is a perfectionist, and perfectionists are particularly touchy when it comes to their tools of work. The Coltellerie Berti Medium Chef’s Knife is Giada’s go-to knife for preparing her delicacies, and we aren’t surprised in the slightest. This knife is one of the finest in the market, it exudes class, and it gets the job done in superb ways. Another reason for Giada’s never-ending love for the knife is that they were custom made in her home country Italy, and they have remained that way for decades. There’s always going to be that justifiable bias when talking about something from the motherland. For all potential Giadas out there, the Coltellerie Berti Medium Chef’s Knife is a pricey $300, and we assure you that you’ll be getting your money’s worth. 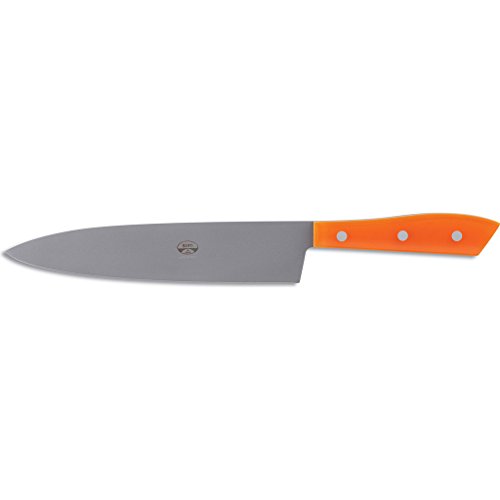 Speaking of money’s worth, it’ll be a great disservice to you if we don’t tell you about the master chef’s best-selling culinary masterpiece titled “Eat Better, Feel Better: My Recipes for Wellness and Healing, Inside and Out”. This book has some of the secrets of her rise to fame, some super rare cooking tips, and dozens of hard to find recipes for the finest dishes seen on television. What more, you’ll be eating healthy, getting a remarkable value for money, and you’ll be learning first hand from one of the finest and most successful chefs to grace planet Earth. 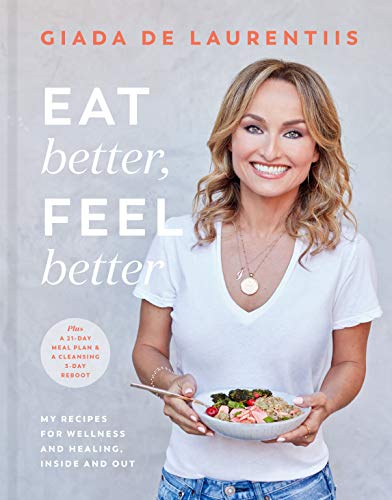 If there’s an award for the most photographed top chef in the world, Giada De Laurentiis would be a front-runner. Thanks to her good looks, natural charisma, and top notch cooking skills, she has been in the public eye for almost two decades. She was married to notable fashion designer Todd Thompson from 2003 to 2015, with whom she shares a daughter Jade, and since their split, she has been living her best life and devoting more time to her brand.

Giada De Laurentiis has earned quite a fortune in her career thus far, boasting a net worth of 30 million dollars thanks to her numerous business ventures. She’s always on the move, looking for new ways to expand her coast, and that’s why she’s one of the chefs we can’t stop admiring. The astonishing thing is that in her own words “She’s just getting started”.