Emeril John Lagasse is one of the top chefs in the culinary field, and his restaurants are of the highest rated in the culinary scene.  Born in Massachusetts U.S. in October 1959, Emeril is a French-Portuguese chef, a renowned author, TV personality, and restaurateur. His passion for food began at a young, and he spent a lot of time in the kitchen with his mother Hilda. He learned to cook his first dishes, vegetable soup, and French toast after watching his mom.

When he was a teenager, Emeril worked at a Portuguese bakery full-time before he went to school. He washed pots and pans at the bakery, and it was here that he learned the art of bread and pastry.

Although he did well in music and became an accomplished percussionist, Emeril turned down a full scholarship to study music at the New England Conservatory of Music. This is despite his parents’ stand that this was not an opportunity he could afford to turn down.

Instead, he opted to attend Johnson & Wales University in Rhode Island, where he graduated with a degree in culinary arts in 1978. Although the opportunity to study music was free and seemed rewarding, Emeril chose a culinary career, which later proved worthwhile. He later earned an honorary doctorate degree from the same university.

He furthered his studies in France and secured some cooking jobs in different areas like New York City, Philadelphia, and Boston. He later relocated to New Orleans, where his path to become a renowned American chef in the world began.

In 1981, Emeril assumed the position of an Executive chef at Commander’s Palace, where he succeeded Paul Prudhomme. At this time, he was just 23 years old, and he held the position for seven and a half years.

In 1990, the young star chef opened his first restaurant in New Orleans, the Emeril’s Restaurant. The restaurant was located on a historic building on the down town of New Orleans. This restaurant uses Louisiana ingredients and is inspired by different cultures.

The restaurant made him popular was named “Restaurant of The Year” in Esquire Magazine by John Mariani in 1990. In 1991, James Beard Foundation named him best southeast regional chef, and his restaurant earned a “Grand Award” the same year.

In 1992, he launched NOLA in the French Quarter. This is one of his most populist local restaurants that offer American delicacies to New Orleans tourists. In 1993, this restaurant was dubbed, “Best New Restaurant” by Esquire Magazine.

Some of the dishes that made his career include Jalapeno cornbread, Quail Milton, chicken and andouille gumbo, banana cream pie with banana crust and caramel sauce. Another one of his staple food at the Emeril’s is the Emeril’s New Orleans Barbeque Shrimp. This dish is cooked in dark, flavorful sauce from shrimp shells. It is then served with baked Petite Rosemary Biscuit.

How Emeril Became a Household Name

Other than being an amazing chef and restaurateur, Emeril is also an author. He published a best-selling cookbook, Emeril’s New New Orleans Cooking, in 1993 and this gave him an even wider following in the culinary world. He published three cookbooks for children, which then became best-sellers. His 19 cookbooks have sold over a million copies. 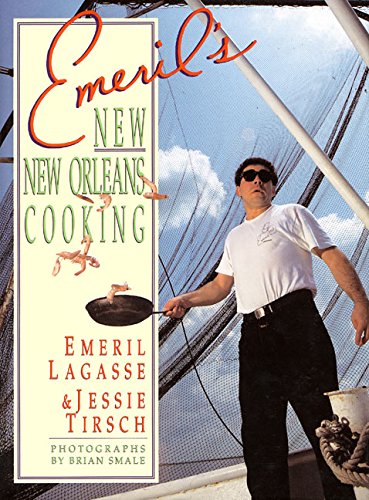 He also got the opportunity to join Food Network, where he hosted two programs: The Essence of Emeril (1996-2008) and Emeril Live! (2001-2010). On the shows, the chef allowed the audience to taste the food he had prepared. He also hosted top celebrities on his shows such as Joe Perry, Michael McDonald, Patton Oswalt, and more.

He garnered a lot of popularity through the shows not only because of his cooking skills, but also because of his energetic personality. His most famous catchphrases on the show include “Kick it up a notch higher” and “Bam!”

In addition to his cookbooks and TV shows, Emeril has developed his line of culinary merchandise, which has proved successful. For his cooking, he uses knives that he has developed from his own brand. 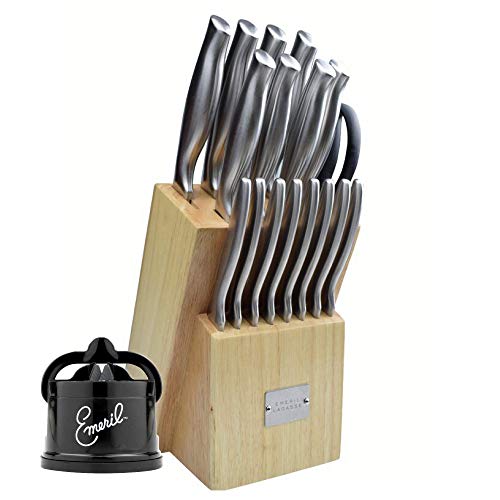 The Emeril Lagasse household knife block that contains quality kitchen knives for various purposes. His two lines of kitchen knives have been produced by Wusthof. His other branded products include kitchen electrical appliances and a line of dry grocery products.

He reportedly sold his rights to all his TV shows and cookbooks to Martha Stewart for $50 million in 2008. Emeril also trademarked his famous catchphrase “Bam” and used in a range of his product lines.

Emeril Lagasse’s estimated net worth is believed to be around $70 million dollars. It is also said that his food makes about $150 million annually.  Currently, he runs the Emeril Lagasse foundation that provides culinary and nutrition education to the youth. The foundation has given more than $2 million in grants for the arts and education program of the kids.

Since his job as a chef, Emeril Lagasse is arguably one of the most recognized chefs of all time. He is a celebrity chef in America who is recognized for his cooking and energetic personality. Although Emeril is not on Food Network anymore, he is happy working at his restaurants.

With all his restaurants getting high rates in the culinary world, there is no denying that Emeril has established ground rules for what good food tastes like. His restaurants continue to earn top ratings and praise from Americans and food enthusiasts far and wide.