The culinary industry has been blessed with some special chefs over the years, chefs that have taken the art of cooking a notch up, and mastered the art of inspiring the coming generation. Some of these chefs have carved out niches in the most unorthodox of disciplines, taking charge of culinary departments that few thought possible, and making a name for themselves in the process.

One of the best examples of these trailblazers in the industry is the great Boston native, Tim Cushman, a chef that has put his city on the map while representing a truly diverse cause in his artistry.

Here we will the examining the great Tim Cushman’s legacy, checking out his background, where he hails from, where he learned the art of cooking, how he gained such popularity, and a couple of lesser known facts about the genius from the East.

We will also be discussing his most popular restaurant, the great O Ya, we will be touching on a knife he can’t seem to get enough of, and we will be concluding by giving you a few things to think about the great man himself. So without further ado, let’s get to the story of Tim Cushman, the chef behind the great O YA restaurant.

Tim Cushman hails from Boston, he was born and raised there, even though his culinary success has taken him far and wide, largely out of his famed hometown (1).

It might be a surprise to you, to discover that Tim Cushman never dreamed of being a world-renowned chef, no, instead he always had the dream of being a world-class musician, which was why went ahead to “earn a bachelor’s degree in Jazz and Classical Guitar from the Boston city’s renowned Berklee School of Music, he then moved to California in search of musical success.”

It was in California that his Culinary journey began.

Tim Cushman took a small job at a restaurant as he struggled to bankroll his musical ambitions, it was in that restaurant that he found his calling, as he rose through the ranks and built a name for himself in the state of L.A. Following the adventure, he then embarked on a journeyman career, traveling “to Japan, France, Thailand, Italy, Germany, Hong Kong, Mexico, and Taiwan, amongst other nations examining his love for culinary delicacies”.

He then returned to the United States of America in the early 1990s, earning top ranking roles in Lettuce Entertain You in Chicago amongst other top institutions, before he opened his own consulting business, Ideas in Taste, in 1994.

Tim Cushman read the industry, served in various consultation positions, and helped build a couple of culinary companies from scratch before he opened the famed O Ya, a contemporary Japanese restaurant, with his wife, Nancy, in 2007.

This “pet project” grew in remarkable heights and proportions, as it has achieved remarkable critical, commercial, and street acclaim in the thirteen-plus years of its being operational, which has further launched Tim Cushman into the upper echelon of chefs in the United States of America.

His Most Popular Restaurant

Tim Cushman has been in the culinary industry for decades, he has worked as an independent consultant, helping build brands from the scratch, but no doubt his biggest project is certainly his O Ya Restaurant which was opened in 2007 with the help of his wife Nancy.

O Ya has grown in remarkable heights since it was opened, and it is renowned as one of the top ten sushi spots on the planet, a remarkable achievement considering that it is owned by an American, run by an American, and based in the United States of America.

O Ya has long been the go-to spot for New York citizens that are looking for a proper Japanese culinary spot, as it’s the clear number one in that department in the United States of America.

O Ya has also received numerous official awards recognizing its excellence in the culinary industry such as a 2012 Finalist, Best Chef Northeast, and 2018 & 2019 Semifinalist, Outstanding Restaurant.

It has lived up to its billing and launched its owner into the upper echelon of culinary masters in the entire world not just the United States of America or his native Boston.

O Ya has a five-star rating on most restaurant rating platforms, it is open every day of the week, and reservations are free. Some of O Ya’s signature dishes include the Saki flight, Omakase, and other famous Japanese meals. This restaurant is fantastic for intimate dinners, business meetings, and a host of other classy invitations. What more, the O Ya restaurant observes strict measures to curb the present coronavirus pandemic!

Tim Cushman is a man of class, he’s very meticulous in what he does, and that’s one of the reasons behind his rise to becoming one of the greatest chefs the city of Boston has ever birthed. He is especially particular about the knife he uses, and he has a great level of fondness for the DALSTRONG Kiritsuke Chef Knife – 8.5in. The DALSTRONG Kiritsuke Chef Knife – 8.5” is a knife fit for a top-tier chef like Tim Cushman, and that’s due to its variety of amazing features. 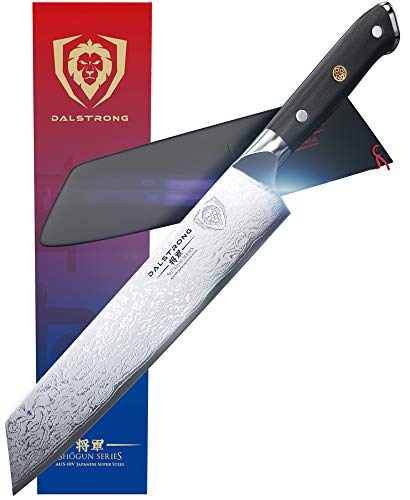 Features such as the unrivaled performance, backed up by the “multi-purpose cutlery titan, designed as a slicing and push-cut specialist”. There’s also exceptional strength, durability, and stain resistance, which makes the knife a lovely proposition for chefs that aren’t too eager to change their knives like they’re changing aprons.

Last but not least is the “perfectly balanced, the precisely tapered blade minimizes surface resistance for the buttery smooth cut”, making you get a remarkable value for money with every usage.

Tim Cushman has worked remarkably hard to get where he is, he traveled the world learning different culinary techniques, mastering various cuisines, and he ended up using all these acquired skills to birth his project the magnificent “O Ya Restaurant” which had earned numerous accolades for its top-notch delivery and quality over the years.

The O Ya Restaurant is merely the culmination of all the great things that the Boston native has achieved in the culinary industry, and it’s great to see a self-made master in his element.

Tim Cushman might have wanted to be a master musician touring the world with his talents, instead, he ended up a master chef, traveling around the world showing off his talent behind the counter, making a name for himself as one of the top chefs on the planet, the Chef behind O Ya Restaurant!