Celebrity chefs come in different niches, peculiarities, and specialties, and it is pretty rare to see two celebrity chefs from the same stock. That’s what makes the culinary industry so beautiful, as your favorite celebrity chef is an artist in his or her own right, with the kitchen being the canvas.

We have celebrity chefs from all over the world, with different takes on making the perfect meal and boasting loads of best-selling cookbooks ready for consumption. One of the best examples of the versatility that the typical celebrity chef possesses is Levi Roots, and here is a man that has seen it and done it all regarding Caribbean cuisine. Levi Roots is many things, but he has gotten the most fame to the culinary industry, and its environs became a household name in the process.

Here, we will be looking into the background of this star chef the hails from the Caribbean, we will also check out where he learned the art of cooking, and we will discover how he gained his popularity. Furthermore, we will talk about his Caribbean Smokehouse, bacon of Caribbean culinary sophistication, and a breath of fresh air.

Also, we will discuss a fantastic cookbook that this celebrity chef wrote, and we will tell you why it’s essential that you purchase your copy. So without further ado, let’s get to work and probe into the mind of one of the most versatile chefs that the world has seen.

Levi Roots was born in Clarendon, Jamaica, where he was raised by his grandmother and taught the basics of Caribbean cuisine from a young age. He had a productive early childhood in the Caribbean nation before moving to London at the age of eleven to join his parents. Levi’s frequent travels ended up having a significant impact on his culinary skills, as he was exposed to various cultures, something that would be apparent later on in his career.

However, unlike many celebrity chefs, Levi Roots never intended to become a chef. Instead, he found early fame as a reggae musician, playing alongside legends like Bob Marley and James Brown. A notable career milestone came when he performed his track “Happy Birthday Mr. President” for the apartheid war hero and South African president Nelson Mandela in 1996 during his trip to Brixton.

The Sauce That Changed Everything

Levi Roots focused on his culinary career in the twenty-first century, as he took a break from music during this period. He got his big break with his famous Reggae Reggae Sauce, a jerk barbeque sauce that turned out to be a bestseller in its own right. He parlayed the sauce’s fame to incredible levels, and he ended up with an offer of nearly $80,000 for a 40% stake in his business by Peter Jones and Richard Farleigh, a request that he accepted. 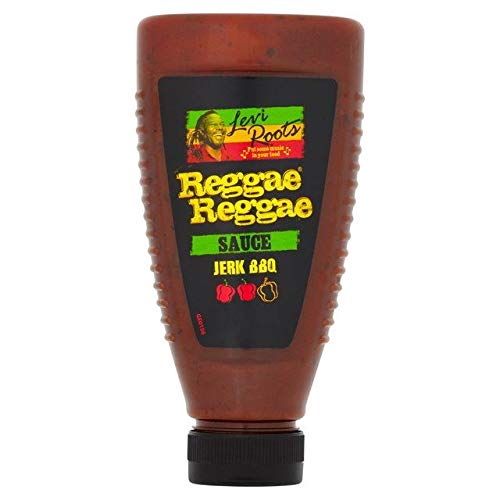 The Reggae Reggae Sauce is now one of the biggest sauce brands globally and is reputed to be worth tens of millions of dollars as at the last valuation. Levi Roots is also a published author, as his Reggae Reggae Cookbook was published in 2008, and it contains a forward from his friend and key sauce investor, Peter Jones.

This book chronicled how the journey as a chef detailed his experience with the Caribbean cuisine, complete with never seen before recipes. Levi Roots is a showman, and he has appeared on numerous television shows such as Celebrity Mastermind, Death in Paradise, Anuvahood, and Big Brother.

Levi Roots is an innovator, top-notch businessman, and lover of the finer things in life. That’s undoubtedly one reason he has opened a couple of restaurants that perfectly capture the Caribbean cuisine that he grew up around, and that’s why he has always maintained a family feels to the whole deal. He has had his fair share of fame in the culinary industry, and his most famous restaurant is undoubtedly the “Levi Roots’ Caribbean Smokehouse,” a restaurant per excellence.

This smokehouse caters to the culinary needs of all age groups, and you should make a reservation, as this culinary hotspot operates on a first name, first-serve basis. The Levi Roots’ Caribbean Smokehouse brings the Caribbean to feel to Stratford. It offers a great release to families and individuals looking for a nice place to hear great music and envoy lovely Caribbean dishes.

This restaurant serves the best Jerk Chicken, some of the finest cocktails around, and you’d think that you’re in Jamaica rather than England once in the smokehouse. The servers and staff of Levi Roots’ Caribbean Smokehouse are polite, respectful, and straight to the point, leaving no margins for errors in your culinary pleasure.

Levi Roots has written a couple of cookbooks that chronicle his journey from the Caribbean nation to England and show off the versatility he picked up. It’s not easy to accumulate all that experience over decades, and that’s why he decided to capture them in print for the rest of the world to know. His most popular cookbook is aptly titled “Levi Roots’ Reggae Reggae Cookbook,” an excellent cookbook that takes us into the unique world of the celebrity chef. 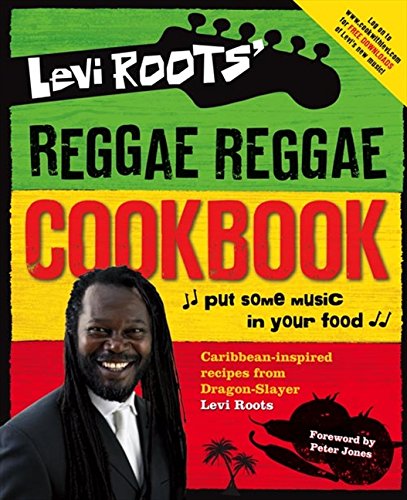 This cookbook is an asset to any Caribbean cuisine enthusiast or person looking to further his or her knowledge in making some of the finest meals known to the islands. There are numerous amazing recipes in this cookbook, such as the tremendous curried noodles, curry goat, red-pea soup, and brown stew chicken.

What’s more, the book is super descriptive of how the Jamaican superstar makes his most famous dishes, and it takes you into his unique world. Levi Roots has sold over a million bottles of his ‘Reggae Reggae Sauce,’ and it’s no wonder why his cookbook of a similar name is on its way to doing similar numbers.

It’s not an exaggeration to say that chef Levi Roots is one of the top chefs globally, based on his track record and fortune amassed in the culinary industry. Levi Roots might have gotten initial fame as a top-notch reggae artiste, but he has become globally acclaimed thanks to his breakthroughs in Caribbean cuisine. It’s not easy to experience a come-up as he has, but it’s largely down to savviness and a desire never to let adversity triumph.

He certainly hasn’t had it easy, but it’s fantastic that he’s earning the respect he deserves in the culinary industry. The Caribbean cuisine owes a lot of its visibility to Levi Roots, and we are pretty sure that the culinary genius has a few more tricks up his sleeve.