Over the past years, the world has been blessed with an array of gifted and generational talents in the chef business, people that have not only created niches for themselves but, as we’ve seen Alan Wong do over the years, have transcended the cooking industry.

One of these unique personalities that got bigger than the term “chef” is undoubtedly Joel Robuchon who is by far one of the most accomplished chefs and restaurant owners in history.

Joel achieved so many things in his decade’s long career, and his influence can still be seen in kitchens, restaurants, and popular culture today.

Here we will be taking you down memory lane, looking at the things that made Joel Robuchon so revered, checking out his accolades, and maybe just maybe we might unearth what made the French genius tick. So without further ado, let’s get to cooking!

Joel Robuchon was born in 1945 in Poitiers, France, he lived a pretty humble life as his father was a bricklayer and his mother a housewife. He considered a clerical career before the cooking bug bit, joining the seminary in Châtillon-sur-Sèvre as a teenager.

However, by the age of 15, he was hired in the renowned Relais de Poitiers hotel as an apprentice, starting what would turn out to be a storied career as a pastry chef. Joel rose the ranks and by the age of twenty-one, he took his talents to the highly regarded  Compagnon du Tour de France as once again an apprentice which enabled him to travel around France and learn new skills and tricks in cooking.

Joel Robuchon continued his relentless climb up the ladder and by the twenty-nine, he was duly elevated to the rank of the chief chef at the prestigious “Hôtel Concorde La Fayette, France”.

Joel Robuchon was always a master of multitasking, and while working as an Executive Chef and Manager of the Nikko hotel in Paris he achieved his first two Michelin stars in the culinary industry.

Joel Robuchon achieved remarkable fame in the 1980s as it was at this period that he finally floated his first solo restaurant aptly named “Jamin” which earned three Michelin stars within its first three years, the restaurant was then named “Best Restaurant in the World” by International Herald Tribune in the year 1984.

He even, at the end of the decade, he became a constant presence in top-notch cooking channels all over France. Joel Robuchon also mentored a lot of potential world-class chefs like Eric Ripert, Gordon Ramsay, and Michael Caines.

However, Joel Robuchon retired in the year 1995 at a period where so many of his friends and counterparts were dying of stress-related ailments and heart attack. He later staged a comeback during which he opened more restaurants, returned to the television screen, and accumulated a staggering thirty-two Michelin Guide stars which are the most achieved by any chef in modern history. Joel had a fulfilled life and career before he passed on as a result of cancer on 6 August 2018.

To pick Joel Robuchon’s most popular restaurant would be a super difficult task as this world-class chef exuded perfection in everything he did. Hence, almost all his restaurants achieved a similar level of popularity thanks to the fact that all of them were properly taken care of, adequately equipped, and the vast majority had Michelin stars and other huge certifications.

However, when thinking about a Joel Robuchon restaurant per excellence in recent memory, the “L’Atelier de Joël Robuchon based in Hong Kong” comes to mind.

This restaurant was one of the first in the Asian region to achieve the prestigious three Michelin star rating, and it was Joel’s fifth L’Atelier restaurant to open.

This fantastic culinary spectacle has been dubbed in culinary quarters as “contemporary chic featuring lush red velvet seating complemented by dark wood furniture.” The facility is not only a fantastic food spot, but it is also an exquisite wine.

This superb restaurant has been a “MICHELIN: Three Star recipient” since the year 2010. It remained one of Joel Robuchon’s greatest sites, and by the year 2021, there are now eight such restaurants spread around the world.

Joel Robuchon was well versed and he knew the power of literature in cooking, hence he authored dozens of cookbooks both in French as well as English. Most of them ended up as bestsellers, the best of these cookbooks surely has to be The Complete Robuchon.

This book has some of the master chef’s most delicate meals and how to make them, it has more than eight hundred precise, easy-to-grasp, articulate recipes, there is a pathway for a reader to go from rookie to master with due diligence, and the illustrations have been described as top-notch by critics and fans alike. 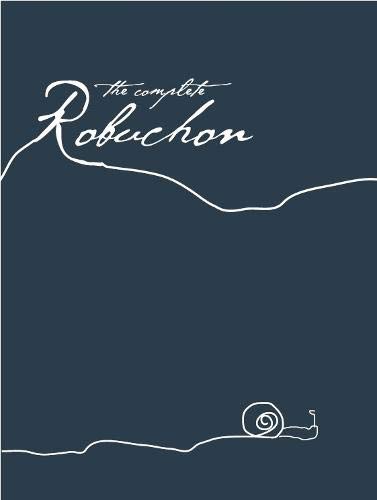 A review from V. J.-L., Valeur Actuelles reads thus “Clear and complete, Tout Robuchon is based on 40 years of experience. Very accessible, it offers as many simple preparations as it does sophisticated recipes, adapted for the family table and your holiday meals.”

Joel Robuchon’s first love was the kitchen, but that didn’t stop him from getting married to the love of his life Jeanine in 1966, the couple has three children. Joel Robuchon earned a fortune in cooking, and it’s only natural as he was the undisputed number, one chef, in the world for such a long time.

Joel Robuchon has seen it all, he has mentored some of the finest chefs of our generation and previous generations, and his restaurants are further proof of his incredible hard work and top-notch consistency. Would there be another Joel Robuchon, that I cannot say?