One of such chefs is the genius that is Gordon Ramsay, a British chef that had earned acclaim for his delicacies all over the planet. He rose from relative obscurity to become one of the greatest people to hold a spatula, and even host one of the most popular reality TV shows, Hell’s Kitchen.

Here we will be chronicling his rise to fame, the riches and respect he has earned, and a host of other things that make him such a top-notch master of the kitchen. So ladies and gentlemen, let’s take a long look at one of the people that have made being a chef one of the coolest professions on television.

The Early Life of Gordon Ramsay

Gordon Ramsay was born in 1966 and raised in a small town known as Johnstone in the United Kingdom. He was born into a working-class family that struggled significantly to cater for him and these three siblings, keeping them honest and out of trouble. Unlike a couple of similarly seasoned chefs, Gordon Ramsay had his first experience in the culinary industry as a pot washer in an unglamorous restaurant in Stratford-upon-Avon.

After years of fending under the family roof, Gordon Ramsay moved out of his family house to look for greener pastures on his own. It was then that he found his life’s true calling as he gained admission to the North Oxfordshire Technical College, sponsored by the Rotarians where he obtained formal education in attending to customers from different walks of life.

Following his education, he worked in a series of restaurants in his axis, gaining a reputation as a very talented but volatile chef that had some fine-tuning to master. Gordon developed an affinity for French cuisine, and it was under the great Jean-Claude Breton was he finally got the mentorship he so dearly desired.

Jean-Claude Breton invited him to work with him as his number two, during which he met with a host of world-class chefs who had both Michelin stars as well as widespread acclaim for their hard work and consistency.

Gordon Ramsay took all these experiences to heart, as they would eventually shape him up to be great that he currently is. After over three years of working with Jean-Claude Breton, he tendered his letter of resignation and proceeded to learn Italian cuisine during his off-year.

Now a well-traveled and remarkably level headed man, Gordon Ramsay returned to his old stomping ground in London to take up the role as the chief chef of the astonishing La Tante Claire in Chelsea.

Almost immediately after taking up the offer, his former mentor Marco Pierre White offered him a gig he could not refuse as the head chef of the newly revamped restaurant “Aubergine”, it was here that Gordon Ramsay achieved his first two Michelin stars before he resigned a few years later due to his dream of owning his chain of restaurants.

He achieved that aim in 1998 when he opened his first restaurant the “Aubergine” with a little help from past business partners and his family members. The restaurant earned its third Michelin star a mere three years after it was opened to the general public and it made him the first man from the nation of Scotland to earn that feat.

Since then Gordon Ramsay had become a global brand, opening restaurants all over the United Kingdom, North America, and select parts of Asia. Gordon Ramsay is much more than a chef, he was appointed Officer of the Order of the British Empire (OBE) by Queen Elizabeth II in 2006.

Whatsmore is he has also appeared on numerous television shows like MasterChef (US), and authored dozens of cookbooks that have been translated in numerous languages for public consumption.

His Most Popular Restaurant

Owning a restaurant is a rite of passage that every other top chef must go through to be seen as having arrived on the grand stage. Gordon Ramsay knew this, and that was why he didn’t stop grinding till he opened his self-titled first restaurant in the year 1998.

A lot of chefs typically outdo themselves or their initial restaurants after they have the grand opening, but Gordon Ramsay is not your typical chef, and that’s why his first restaurant still happens to be his most famous and grandest of works.

This restaurant is quite the most exquisite of experiences as it is nestled in the heart of London, and has an array of meals that stretch to all corners of the world.

This world-class food spot earned the highly coveted Michelin three stars’ accolade in the year 2001 and hadn’t dropped ever since. This is no doubt due to the opulence and class that the place exudes, which is a result of the perfectionist nature of the owner.

The Restaurant Gordon Ramsay isn’t a mere food spot, it also serves as a sparkling wine house, a nice scenery for guests, and a place that mixes pleasure and culinary expertise. In fact, it has always been in close rivalry with Bobby Flay’s restaurant, giving him a run for his money. Learn more about the two chef’s friendly feud here.

Top chefs around the world are some of the most meticulous professionals you can find in any job. They do not joke with their tools, as that is the main reason why their meals appear so delectable, and it is their number one selling point.

That is why it isn’t out of the ordinary that chefs have their favorites when it comes to knife sets, and the great Gordon Ramsay is no different. The great chef is a sucker for knife sets from Wüsthof and Henckels. You might be thinking and probably getting ready to ask what is so special about Wüsthof and Henckels branded knife sets, well, let’s just give you a couple of pointers. 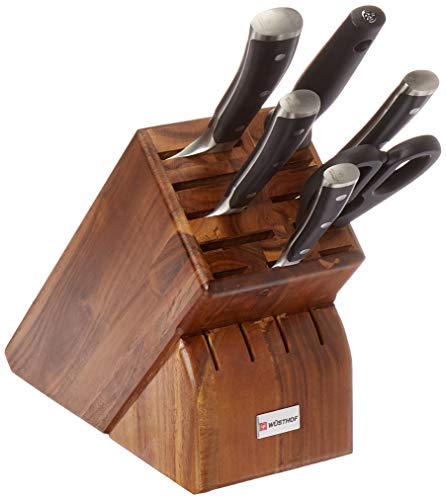 Wüsthof and Henckels are finely made, and they are perfect for a variety of meals, assuring you class as well as efficiency. They are top-notch for cutting and chopping, they are an amazing option for peeling small vegetables and fresh fruits, and they are the go-to option for slicing and dicing ingredients to the acceptable size. It’s no wonder that Gordon Ramsey is a huge fan, any lover of the class would be too. 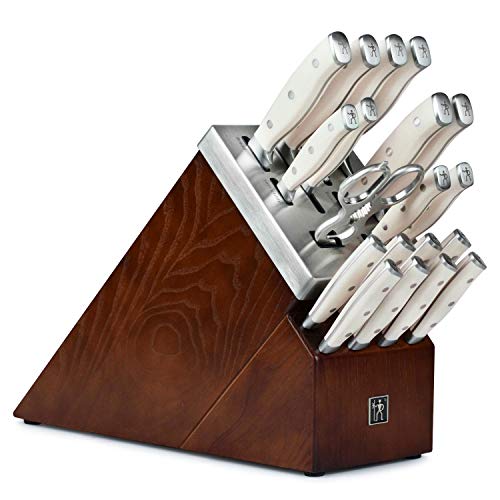 Gordon Ramsay’s story is one of the most inspirational you can find amongst the top chefs that have graced planet Earth. He rose from adversity and backed up natural talent with remarkable hard work to get to where he is right now. Not everyone can boast of being a three Michelin star chef, but he is one of the most deserving of this honor.

He has been a fixture in the industry for ages, and that is thanks to an array of sumptuous dishes like the “Beef Wellington” which has always got pulses racing thanks to all the marvelous and intricate ingredients put into use. Gordon Ramsay has a net worth of over $200 million, a yearly salary of over $50 million, the times are only getting better for the master chef.

You’ll be seeing more of him this decade, and he’s super deserving of the title of one of the top 20 Celebrity Chefs in the world.