Celebrity chefs are cut out of a different cloth, it seems, as they are some of the most talented people on the planet, with the ability to capture the imagination of a worldwide audience. They say the key to a person’s heart is food, and these celebrity chefs have mastered the art form of creating the best meals that money can buy.

It’s not easy to whip up a dish that would pass all the requisite tests, and it’s certainly not easy to get critical acclaim amongst your peers, competitors, and people that don’t know your tale. That’s why the story of Chef David Chang is all the more inspiring, as he has achieved what most veteran chefs have at a remarkably young age.

That is a chef that leaves nothing to chance, as he is one of the people pushing the culinary industry to heights hardly ever seen. David Chang is a chef par excellence, and he has inspired many Asian Americans to take cooking seriously and make fortunes out of their passions.

Here, we will be digging deeper into the background of one of the top chefs in the world, checking out where he’s from, knowing where he learned how to cook, and ascertaining how he attained such popularity. We will also discuss his signature restaurant, which has changed the culinary landscape, and we will find out what makes it so unique.

Further along the line, we will discuss the knife that chef David Chang prefers to use, why he prefers to use it, and how it would be an asset for your kitchen. So without further ado, let’s get to digging into the backstory of one of the world’s finest celebrity chefs.

Born in Washington DC but raised in Arlington, Virginia, David Chang hails from a family of North Korean immigrants that came to the United States of America in the late 1960s to seek for and find greener pastures. His family owned two restaurants, which is likely to explain young David’s love for the culinary industry from when he was little.

However, he was initially seen as a golf prodigy after participating and finishing pretty highly in a couple of junior golf tournaments. David Chang quickly outgrew his fleeting passion for golf as he went to Trinity College to major in religious studies. Chef David Chang has always been Industrious, as he did not pursue a job in any of his parents’ establishments after graduation; he instead pursued numerous careers before he finally found his calling in the culinary industry.

David Chang has always been a go-getter, and he understood that if he was going to be a top-notch chef, he had to go to an institution where they made top-notch chefs. As such, he saved up enough money and enrolled in the French Culinary Institute (FCI)—now known as the International Culinary Center—in New York City in 2000.

During his time in the culinary institute, Chang continued to hustle and took up numerous jobs to ensure that food was on the table while studying for his dream job. Some of his positions included a job answering phones at Tom Colicchio’s Craft restaurant, a soba shop gig in Japan, a job at a restaurant in Park Hyatt Hotel, and a job at the famous Café Boulud the USA.

Then, armed with knowledge, experience, and a never say die attitude, he opened his first restaurant in 2004, Momofuku Noodle Bar, in the East Village. The restaurant served as his introduction into the world of catering for your very own clientele, and he did an admirable job with it. It was thus, no wonder that after a mere two years, he opened another restaurant Momofuku Ssäm Bar, just a few blocks away. 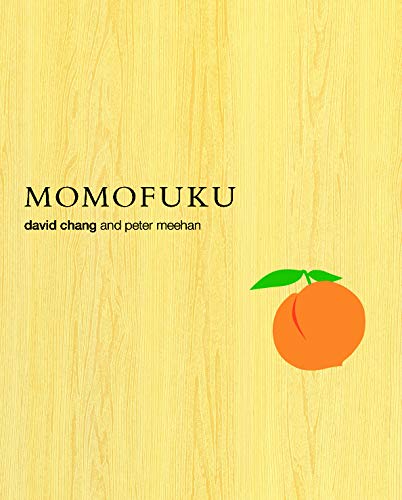 This restaurant was known for its fantastic wine collection, the superb service on show, and the unorthodox yet incredible way that David Chang got the job done. It was a hit and impressed critics and customers alike. Then again, a mere two years later, he opened his third and arguably his most famous restaurant, Momofuku Ko, an exclusive restaurant that only accepts ten days’ reservations and works on a merit basis.

David Chang was not an overnight success, as he worked super hard to attain the level of success that he presently finds himself at. That’s why he’s always looking for an opportunity to expand and spread this tentacle. David had the chance to do just that in 2011, opened Momofuku restaurants in Sydney, Australia, and Toronto, Canada.

He also has Momofuku in other select parts of the United States of America and top-notch parts of the world. David Chang is much more than a celebrity chef; he is also a best-selling cookbook author, a Netflix original creator, and a podcast host. Not bad for the lad from Vienna, Virginia.

You cannot talk about famous restaurants in the United States of America without mentioning a handful of David Chang’s. What can we say? He has earned such accolades, as he’s one of the best and youngest to achieve such a degree of success.

However, for this, we’ll need to tell you about our favorite Chang restaurant, and we’re going with the aptly named “Momofuku Ko,” a restaurant that guarantees you luxury as well as a fantastic treat.

Momofuku Ko happens to be the third restaurant that David Chang founded, and maybe that’s why everything feels so perfect. A favorite of the restaurant’s regulars is the chicken which is re-battered between each fry and finished with a brushing of mirin, yuzu, and green Tabasco.

This meal has been described as “heaven on earth” by critics, and it’s only part of the grand Momofuku Ko package. Another thing that people fall in love with about the Momofuku Ko is neatness. This restaurant is amongst the classiest in the country, and its reservation method is a masterstroke to combat the fears of overcrowding.

Each diner is afforded ample attention from the servers, and you are bound to have a fantastic time at this majestic culinary hotspot. It’s no wonder that the restaurant has two Michelin Stars on lock, and it’s only a matter of time before it hits the big three!

David Chang is a lover of the finer things, but that does not mean that he has forgotten his earlier beginnings, and he refers to such as long as you give him a chance to. He is a pretty down-to-earth guy, which is super apparent from his favorite knife choice, as he can’t get enough of the humble Victorinox 4-Inch Swiss Classic Paring Knife.

You might wonder why someone of his stature is choosing a seemingly modest knife set when other top chefs pick household names. All you need to do to answer your question is to check out the features, giving you a rundown. 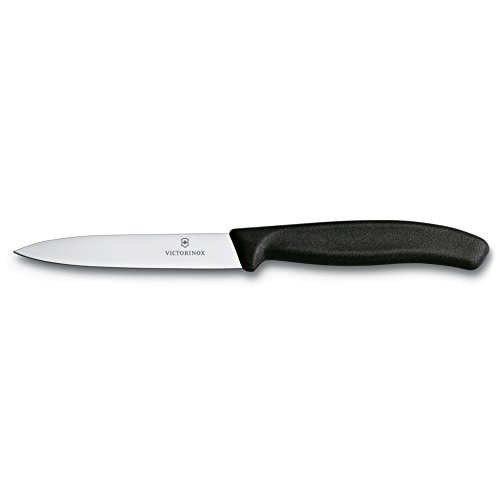 The Victorinox 4-Inch Swiss Classic Paring Knife is a fantastic option for a chef looking for consistency in slicing, durability in dicing, and versatility that most household names cannot offer. First, there’s the multipurpose straight edge paring knife designed for garnishing, mincing, peeling, slicing, and dicing, making it one of the most versatile on the market.

Furthermore, there’s the versatility that this knife assures, as you can use it to work on fruits, vegetables, skins, and anything you can imagine. What’s more, this magnificent blade is blessed with a sure grip that makes for easy handling.

David Chang didn’t get to where he is by making questionable decisions, and this magnificent cooking knife is just one of the many culinary master strokes from the celebrity chef.

David Chang has triumphed from adversity, emerged from the background, and become one of the biggest success stories in the entire culinary industry. What’s more, he hasn’t clocked fifty, and he is already a winner of some of the most significant awards in the culinary industry.

The fantastic thing is that Chang is not looking like he’s going to slow down anytime soon, and he wants to achieve before he eventually calls it a day. A very opinionated man; you can hear his opinions on his podcast that became a massive hit in the latter part of the past year. Few have deserved the term “celebrity chef” like David Chang, and it’s great to see that he’s not resting on his laurels.