Chef’s Table Brooklyn Fare always tops the list for its extravagant menu and exclusive ambiance when it comes to fine places to eat. In fact, it is considered one of the most exclusive restaurants in NYC. What adds to the restaurant’s culinary importance is its head chef, César Ramirez, who has globalized its reputation overnight.

The Japanese cuisine might inspire him, but the skyrocketing demands of the place depict the chef to be the jack of all trades. Keeping the most sought chefs like Chef David Bouley as his mentor, chef César Ramirez has become the Chef’s Table, Brooklyn Fare, trending face in a comparatively shorter span.

Who is Chef César Ramirez?

To those eager to know, César Ramirez, Chef’s Table Brooklyn Fare’s head chef, has a Mexican origin and was brought up in Chicago. The most interesting thing about him is that despite having the sea of culinary knowledge, Chef Ramirez became self-taught. Although he did have inspirations, as mentioned above, like Chef David Bouley, yet most of his dishes depict to be gifts of his imagination.

His thirst for learning under the big names took him to New York that proved to be a turning point in his life. Here, he had a decent start of his career as a chef and discovered the secrets of the plethora of world cuisines.

If we talk about his personal life, Chef César Ramirez came across a French woman when he was around 19 and tied the knot with her at the same age. This is important to discuss here since most of the time, his followers wonder about the French tinge in his cooking skills.

This is where it comes from since, after the wedding, the couple moved to France, where Ramirez worked at several French restaurants. Fond of traveling, they also stayed in Japan for years that proved to be fruitful for his future ahead. The inclusion of Japanese cooking traits set him apart from the other European chefs and became his signature style in a short time.

His Past Work Experiences

Before landing a job on the Chef’s Table Brooklyn Fare, Chef César Ramirez worked at numerous places. At the beginning of his career, Ramirez was offered a job at David Bouley’s restaurant realizing his unparalleled cooking skills. After this, he went for an extensive world trip that added to his cooking techniques in every possible way.

Likewise, he used to work at Bar Blanc in New York City for many years before he opted for Chef’s Table. It was after all this that he started creating magic at the Chef’s Table Brooklyn Fare that, in no time, became the epitome of regal culinary feasts in the States.

Chef César Ramirez has worked at many famous places like Bouley’s restaurant, Tru in Chicago, Bar Blanc in New York, and currently, he works at the Chef’s Table Brooklyn Fare.

We know that your dream to follow Chef Ramirez’s footsteps is the biggest reason you read this. This is why we have sorted out the top five kitchen essentials recommended by our favorite Chef César Ramirez that can come in handy if you are thinking of honing your kitchen skills.

For the passionate amateur chefs, let us tell you that you need not worry anymore if you are left-handed, and finding the right peeler has always been a Herculean task. This one goes especially for you, and it measures up to 7.5 inches, so you can use it to peel anything, let it be fruits or vegetables.

The rust-resistant coating lets you wash it after every usage without paying any heed to the imminent rust attacks. If you prefer washing your pots in the dishwasher, you can toss it in as well since it is dishwasher friendly. Lastly, it comes with a lifetime warranty which adds to its significance.

A whisk is such a vital kitchen essential that you can’t afford to miss out on it. This one is indispensable when it comes to beating eggs or blending the batters. Moreover, the versatile nature of this whisk lets you do away with all those lumps that ruin the watery texture of your sauces and gravies. 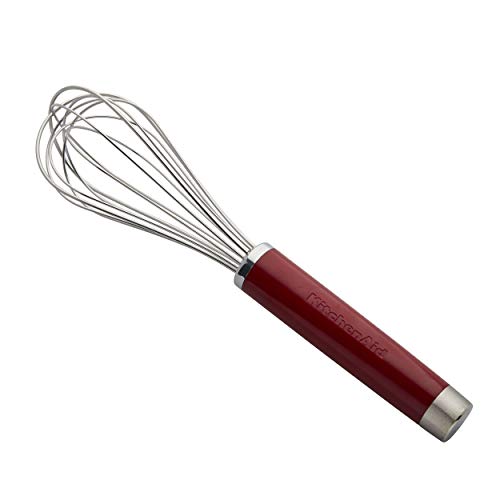 The best thing about it is that it has an ergonomic design, so it fits easily in your hands and won’t slip away during an intense whisking session. The stainless steel head prevents the tool from corrosion attacks, and the durable composition goes for good years.

When cooking, the hardest task is to get the dish out of the pot without breaking it. Now, this is something that isn’t everybody’s cup of tea, but the tables have turned. With a professional kitchen spatula’s sharp lip and angled front edge, you can deal efficiently with the crowded pans without breaking what you are cooking. 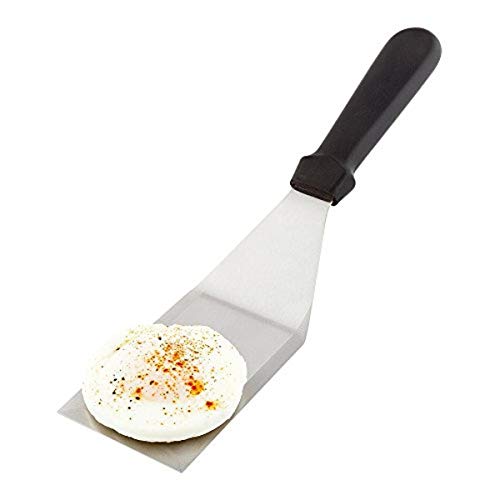 It has a lightweight body so that you can work with it for hours without straining your arms. The premium quality of stainless steel casts a positive impact on its longevity and you need not invest in the same tool repeatedly.

One aspect that you might find captivating is its minimalist design that adds to your kitchen’s furnishing elite taste. The body’s easy grip lets you be more creative than ever and perks up your cooking experience in unprecedented ways. Let us tell you that this knife doesn’t have crevices that give you a hard time while cleaning for the clean freaks. 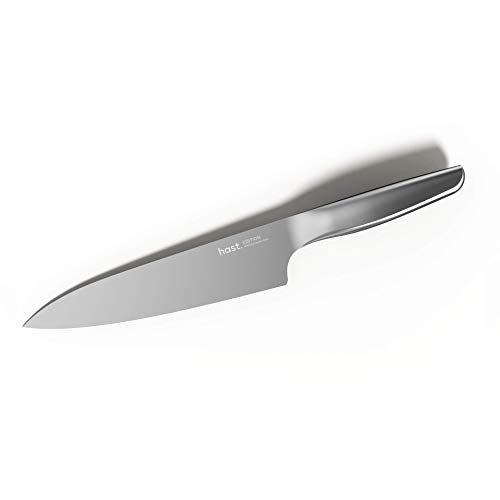 All you have to do is to give it a quick wipe, and voila! You won’t see any residue of food on it anymore, thanks to the smooth steel composition. The lightweight body lets you cut and dice for hours without coming across any minor error.

The most interesting thing about this one is the tapered tines curve that lets you carve or serve the meat without putting in any effort. The ergonomic design works proficiently by putting an end to the slipping incidents. 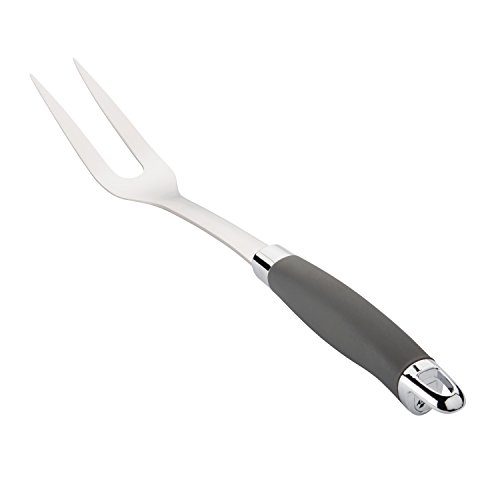 Let us tell you that this chef’s special fork can withstand the heat as much as 400 degrees Fahrenheit that gives it an edge over the conventional choices. You can wash it easily in the kitchen sink by wiping it with a damp cloth or even go for the dishwasher since it is dishwasher friendly.

This brings us to the end of our discussion. Chef César Ramirez stands out to be the worthiest name when it comes to taste the amalgamation of Mexican and Japanese cuisines. His recipes and the above-mentioned favorite tools might pave the way for the upcoming generation of cooking enthusiasts.