Ever heard the statement, “Cooking is an art?” I dare say that it’s 100% true. If you have ever struggled with peeling an onion or trying to determine the right amount of vinegar to add to your salad dressing, I’m sure you’ll agree too. While some of us have basic cooking skills and can whip up a reasonably decent meal without looking at a cookbook, some others can deliver cuisines with such finesse you’d think they were made in heaven. One of these individuals is the renowned American Chef Thomas Keller, top chef in the world.

Thomas Aloysius Keller was born on the 14th of October, 1955, in Oceanside, California. His mother was also a restauranteur who managed a Palm Beach restaurant. He worked for her as the kitchen porter before he moved up the ranks as a cook. It was during this time he discovered his love for cooking. Fate made him meet Roland Henin at The Dunes Club, and under his tutelage, he learned the fundamentals of classical French cuisine.

He later moved to France in 1983, where he perfected his skills working in several Michelin-starred restaurants. In 1986, he opened his first restaurant known as Rakel in New York before working as an executive chef at the Checkers Hotel in Los Angeles.

Journey Into The Limelight

Thomas Keller’s journey to success began after he acquired a stone farmhouse in Yountville, California, in 1994, which he converted to The French Laundry, a restaurant that quickly became a success. The next few years saw the restaurant earn numerous awards, including five stars from the Mobil guide, three stars from the Michelin Guide.

This famous restaurant is a magnificent two-story cottage surrounded by gardens and vegetation in the Napa Valley wine country with a first-class ambiance and friendly staff. It also has a picturesque courtyard for guests. The French Laundry gets many of its ingredients from a culinary garden, and the menu changes daily based on the freshest ingredients available. If you need a place where you can get Apple smoked Squab with a truffle sauce in a comfortable and healthy atmosphere, then the French Laundry is the place for you.

In 1998, Thomas and his brother Joseph Keller opened Bouchon just down the same street as the French Laundry, and the Bouchon Bakery followed five years later next door. In 2004, Keller opened Bouchon in Las Vegas. A month later, he opened his much anticipated Per Se restaurant in the Time Warner Center Complex in New York. The advent of Per Se shook the entire New York restaurant scene. The restaurant received a lot of positive reviews after just a few weeks of opening. Ad Hoc, which happened to be his latest restaurant, was opened in 2006 in Yountville, California, and is the counterpart to the French Laundry.

During his experience as a chef, Thomas Keller has also written quite a number of cookbooks. Some of these cookbooks are personally written, while he has co-authored a few others with other reputable chefs like Michael Ruhllman and Susie Heller, with whom he co-wrote the French Laundry Cookbook in 1999. The book features over 150 recipes originating from The French Laundry’s menu. 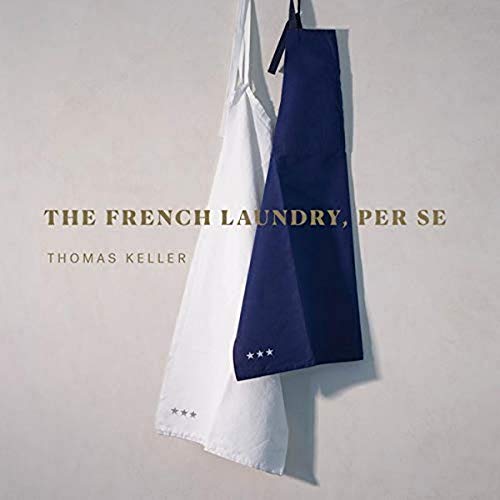 The cookbook is divided into about six sections, each representing a meal course. Many regard it as the “most transformative cookbook” of the century, and they are not wrong. The book is as satisfying as dining in The French Laundry itself. It has won several awards, including the 2000 IACP’s cookbook of the year. Thomas’s other cookbooks include Ad Hoc at home, Bouchon Bakery, Under Pressure, amongst other books.

One of Thomas Keller’s sterling qualities that makes him stand out from other chefs is his obsession with perfection. It is evident in all of his meals, cookbooks, restaurants, among others. It’s no surprise that his signature knife also follows the trend. 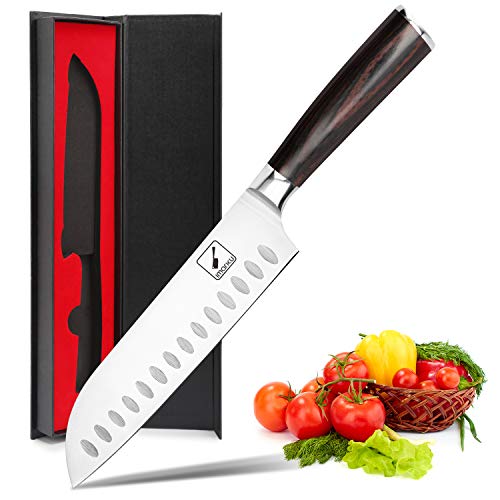 Thomas Keller is one of those guys that would make your taste buds water every time you hear his name if you have ever eaten one of his heavenly dishes. His culinary skill has earned him a net worth of about $50 million, most of which come from his top-class restaurants, knives, and Michelin-star ratings. Thomas Keller is the only American-born chef to hold multiple three-star ratings from the prestigious Michelin Guide. He currently holds about seven stars in total, with three coming from the French Laundry, three at Per Se, and one at Bouchon. His other restaurants include Ad Hoc, The Bouchon Bistro, La Calenda, amongst other bakeries and bar addendums.

Thomas Keller is also the first American to be decorated a Chevalier of the French Legion of Honor, the highest decoration in France. He also possesses several other awards of honor, including The Culinary Institute of America’s Chef of the Year Award and the James Beard Foundation’s Outstanding Chef and Outstanding Restaurateur Awards. He was also named America’s Best Chef by Time magazine.

Thomas Keller’s story is an inspiring one. America’s most decorated chef started his culinary career as a little boy helping out in his mother’s kitchen. His impact has stretched out far and wide, and his commitment to excellence is evident in the high standards he has set in his restaurants and cuisines.

President of the Bocuse d’Or USA, Thomas Keller has set a lasting example for chefs around the world. His success story is a testament to the fact that hard work and skill pay off always. He has definitely made his mark, and the culinary world won’t forget his impact any time soon.